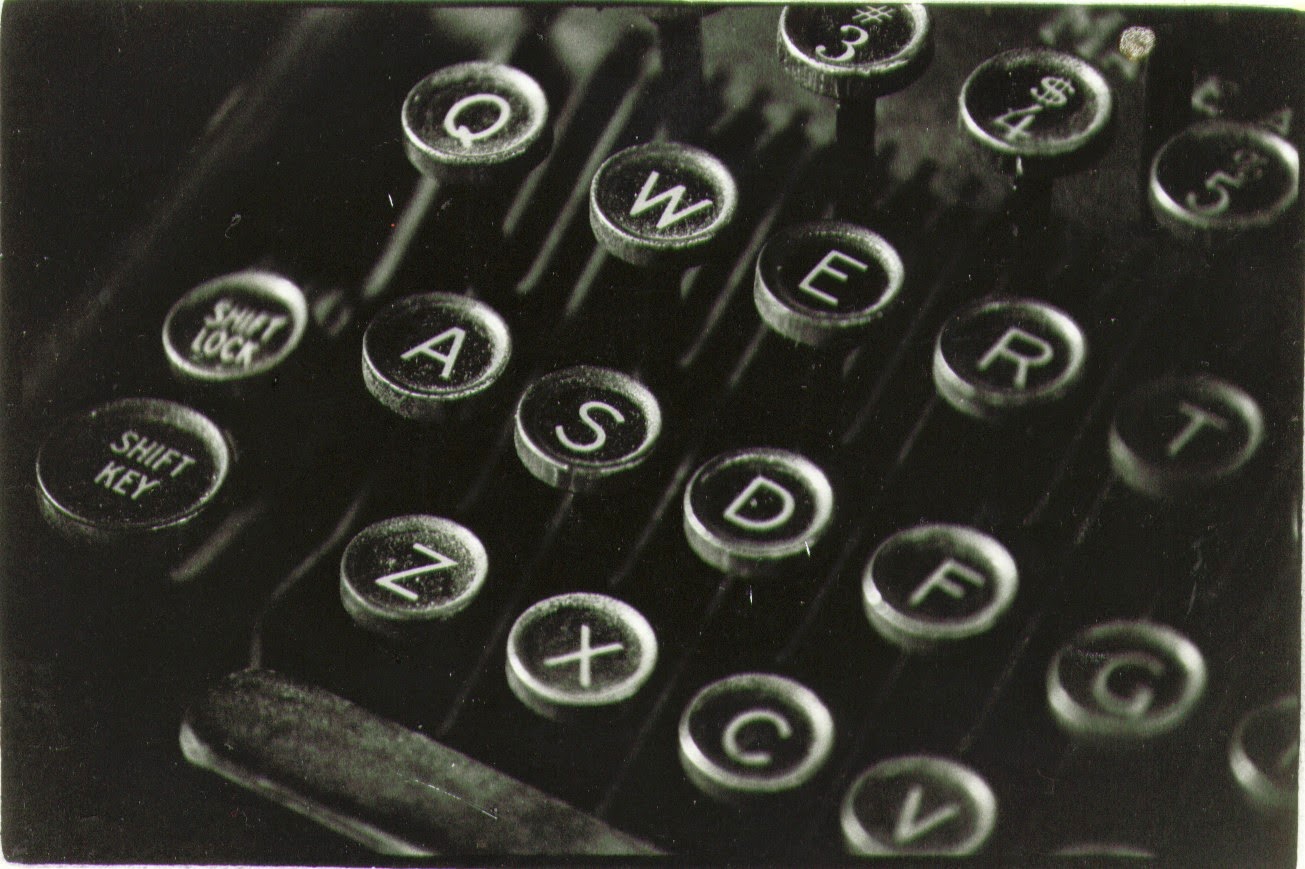 Places characters come from are the people you know, memories and strangers who step into our paths and we weave it all through creative flow to form interesting fictional characters. The life you lead, places explored and your unique experiences stirred together are the mixture for memorable characters. They are the places characters live and wait to be discovered.

People You Know
Places characters come from appears in the person who brings laughter to everyone, even in times of sadness. He/she finds a thread of humor to slice away some of the tension in the room. Or, the person who can piece together a dinner or impromptu gathering with what is already in the kitchen. How about the individual who recalls people, places and preferences with only a bit of information. A character in one of my mysteries, for example, has an arthritic knee. She limps and have been seen rubbing it. I noticed it in a family member. The condition took hold of the body, and had a toll on simple activities that others take for granted.
Memories
Memories are the happy and sad accounts of your life. A life lived captures too many moments to remember. There are ways to let memories live when some have been forgotten. A picture, video or journal will bring back memories lost due to time.
Strangers
Begin by selecting an incident, time, from memory. An incident from your first job is worth exploring. Select from an odd incident at the store, mall or at home. Focus on the stranger's behavior. The mentioned paths lends itself to creating characters.
A writer peeling away exact traits and qualities stands a chance of hurting feelings. The possibility of facing a law-suit detailing the theft of another writer's work taps you on the back when your creative flow strays. Therefore, characters should be the "stuff" of a writer's creative flow. Allow your style to awaken and shine. Finally, fictional characters come from various places, and sprinkling in people you know, memory or strangers you've seen can create exciting fiction.
at 8/31/2014 No comments:

Where to Start Writing 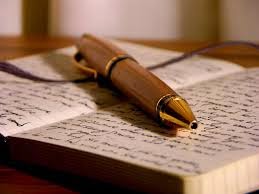 Where to start writing ushers in a day of wasted energy when a writing idea is needed but an angle, rhyme or reason eludes you. It is not the time to panic, leave that state for a real emergency. Sit. Take a deep breath. Decide if you are going to write fiction or non-fiction. Jot down a word, sentence, paragraph, related to the fiction or non-fiction writing idea. The words, sentences, paragraphs, are referred to as writing prompts.

Where to start writing ignites with free writing, especially when you are not sure of the path to take. It is possible to have many writing ideas waiting for exposure, but how to share them needs working out. One way to work with a writing idea is through free writing. Free writing is scribbling down this, that or any idea until one excites your creative flow.
Where to start writing may require you to ask questions. Do I need a change from what I have been writing? A possible change to a new genre spins out new motivations and goals. Write down areas of writing you would like to experiment with. The key is to have a real interest in an area of writing. It wastes time and energy to type up areas of writing that you have a casual attraction to. What is the cause of my inability to write? Do I want to write?
The platform that you will use to present writing projects shapes its tone and content. Read the platform's guidelines. Determine if it is the medium to display your writing projects. Or, you want a new platform? The platform itself has the ability to suggest ideas for writing. Look at the published content. Allow your creative flow to run free, and give direction to a new writing project.
It is not necessary to attempt a writing project or platform that causes stress. A new writing project or platform should be thought about. Take a moment to get comfortable with a new writing platform. Experiment to determine which platform fits you and your writing the best.
Where to start writing is smooth when you have available writing ideas waiting. You may not have a writing idea for a specific topic, but search for various angles from your published writing projects. Dig through writing ideas that you did not use.

How to Write a Dramatic Scene 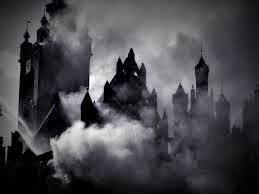 A dramatic scene is four paragraphs, two pages or ten pages but explode onto the page in vivid images. It must have a reason to exist, purpose. A dramatic scene is well thought-out.  A successful dramatic scene happens when opposing forces are in the same space. The opposing forces believe in their position, cause. They resist change and have convincing arguments. Plenty of emotion is stirred into the situation. The encounter of opposing forces gives information, seeks information, informs, convinces, compels, or logic prevails. The final action delivers a winner, loser or quitter.
A sequel follows. The sequel explains how the opposing forces feel, their state of mind which leads to the next scene. Visualize a scene before writing it. Ask questions during the visualizing process. How will opposing forces react to factor A? C? What's at stake? What's the state of mind? How can  you best present a interesting scene?
See the scene from beginning to end in your mind. Act it out, if necessary. Experiment to determine what works best. Don't be afraid to re-write a so-so scene into a scene that spells-out a vivid picture of intent.
Take a look at an example from my book, "Grave Street House," published in 2007. The main character, Amanda, is having another conversation with her cousin, Lena, about dare taking. The story is told from Amanda's point-of-view.
"I didn't mean to spy, but you have another dare going? Let's talk about it."
"Dare is to ask out an older man, nothin' else to talk 'bout."
"Do you and the caller play games like that often?" I sighed.
"Jealous? I bring the only excitement to ya're borin' existence?"
"I'm just trying to help you, Lena."
"Who asked ya?" She snapped. "Ya can't even help ya'reself."
"You're not going to upset me. Don't you feel bad for what happened to Mrs. Rosetti? That alone should make you not want to do another dare."
"If ya hadn't tripped over Mrs. Rosetti's orthopedic shoes she'd never woke-up. It ain't my fault her heart is bad. Last time I wanna hear 'bout that dare. We got one last dare for old time sake. Place of my choice."
"You didn't hear a word I said. No, I don't think so."
"Amanda!"
"We're both nineteen." I tried to plant doubt. "Don't you think we're too old for childish games?"
"Feel better? Now, the dare: The person that spends two hours in Grave Street House is winner of all time.".
"You nuts? Let me tell you the story of the Kane family. Before you came to live with us nice Mr. Kane lived there, his wife and five-year-old daughter. He stayed to himself, and worked at the factory where Mother retired from. Mrs. Kane was only seen outside shopping or going somewhere in the car with him. She never sat on the porch or walked outside to chat." I took a deep breath and said, "One Halloween night he stabbed her fifty times and killed himself. Their daughter slept through the whole thing."
"But what does that got to do with our dare?"
"You've seen how anyone going in the House is either carried out or changed forever."
"We'll be together."
"I better leave for work."
I couldn't muster up the energy to confront Lena again.
In conclusion, a successful dramatic scene involves opposing forces occupying the same space, in conflict and emotionally charged.
at 8/07/2014 No comments: 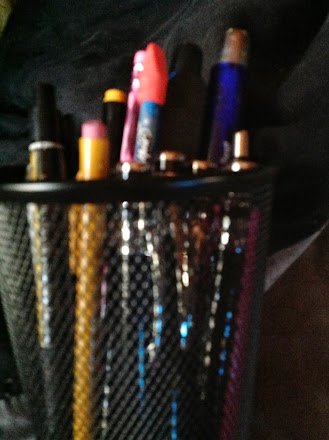