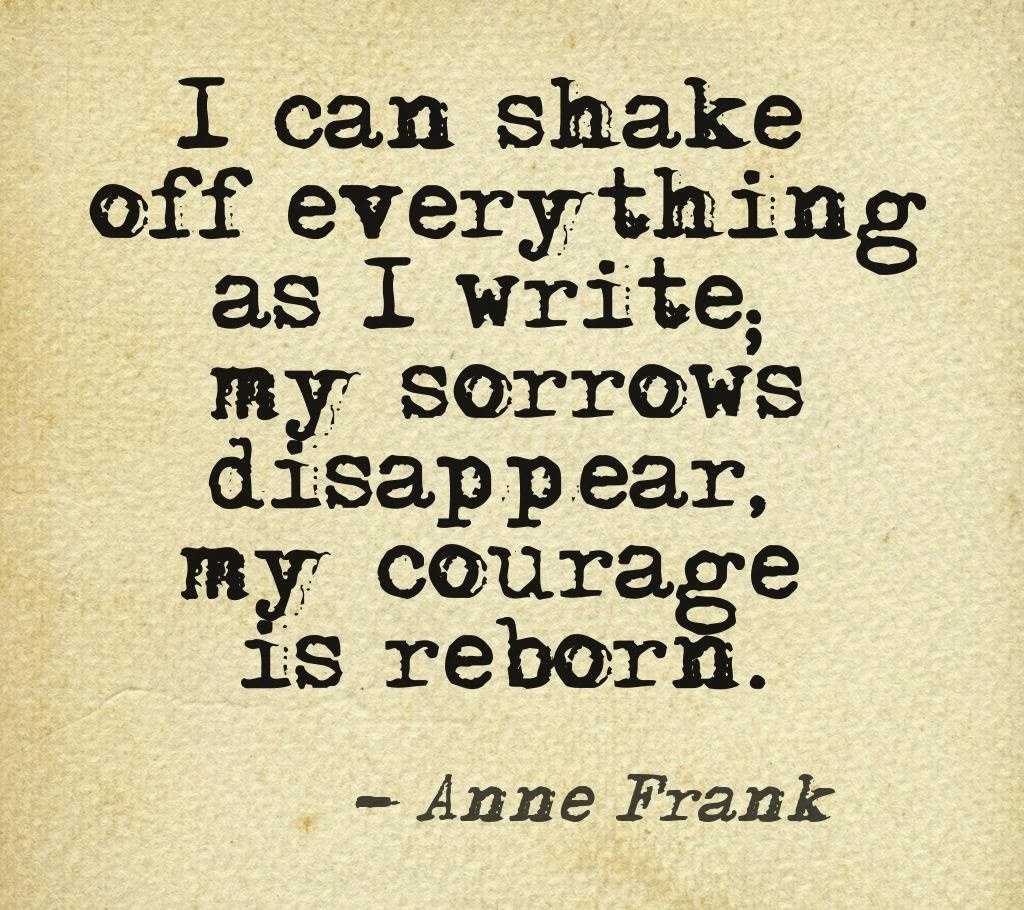 Writing therapy is a useful means to understanding an experience or your behavior during a specific incident.  Anne Frank was right. Spill your thoughts and fears in writing to find the courage to move on. The writing is a light to better understanding. The writing frees you from un-necessary anxiety which allows a better quality of life.

Address Any Experience with Patience
The practice and understanding of behavior brings about change. It takes time. Some work through issues faster than others. It depends on how fast or slow writing therapy goes for you. There's no right or wrong time limit.
Change Behavior Through Understanding
Writing therapy is an alternative and not a replacement for traditional heath-care. There are many reasons why a person would work with writing therapy. Or, some people use both writing therapy and traditional health-care in resolving issues and problems.

Anxiety Disappears
Negative thoughts can hold you back from living, even bring feelings of sadness. Sit down. Take a deep breath. Write about it. It could inspire you to write a book like I did. My first novel was based on a situation that confronted me.

Negative Thoughts Are Faced
The results rolls into a quality of life that sky-rockets with new purpose. You're not tied to the former issues and problems. New memories, plans and happiness can be yours. Writing therapy can be applied to any and all issues/problems that come your way.

It worked for Anne Frank, me and the list goes on. Writing therapy will help you as well. Practice with it when it's convenient for you. Take it slow in the beginning. Get comfortable with it. People who wrote regularly visited the doctor less, according to James W. Pennebaker, Professor of Psychology.

The Role of Conflict in Fiction 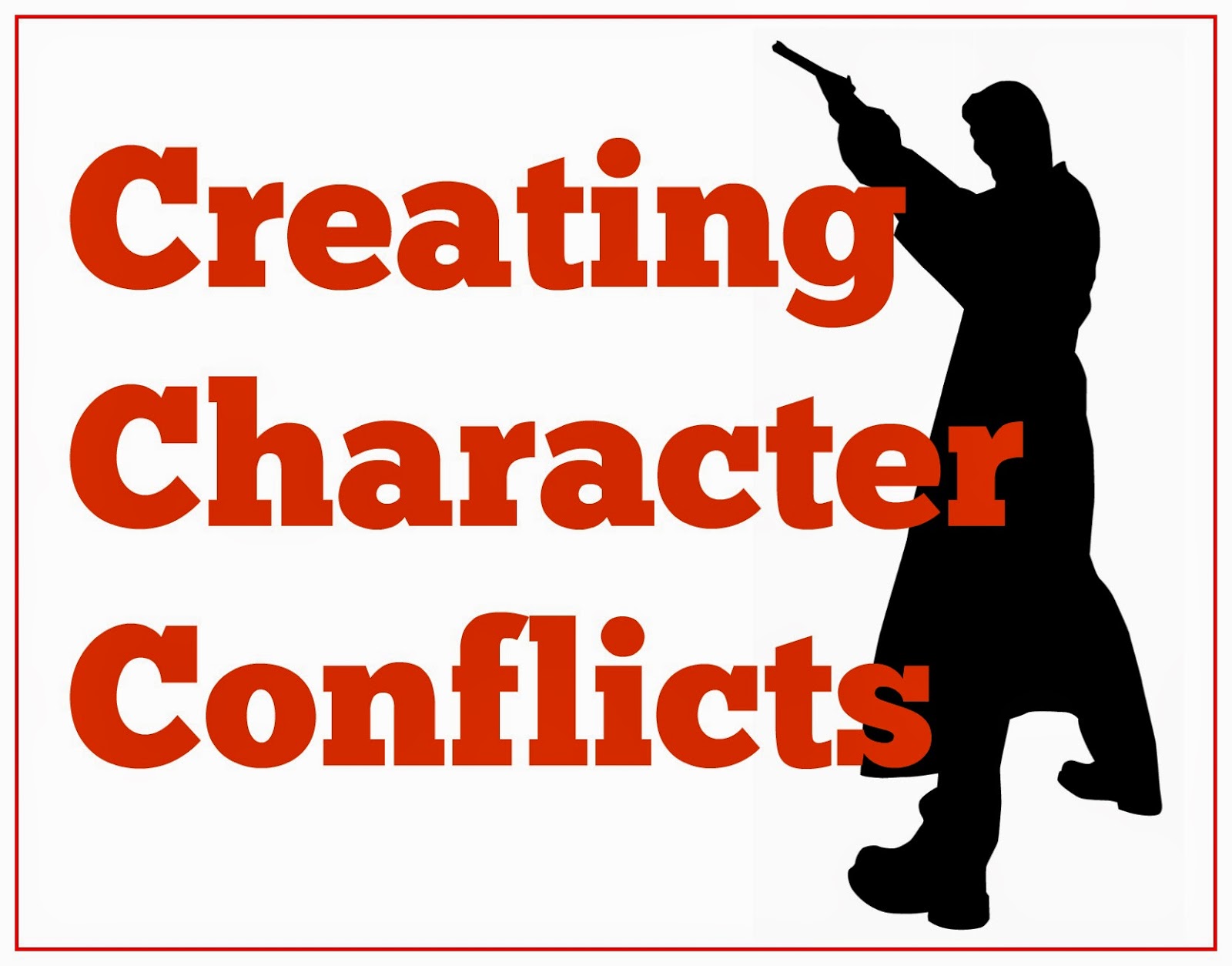 The role of conflict in fiction is to hold the reader's attention when two opposing forces clash or disagree in their created "World". Conflict is a major element in the presentation of interesting fiction. Conflict is a quarrel or struggle, according to the dictionary. The same concept applies to fiction.
Simple Conflicts Can Be Spun into Fiction

A person's alarm clock didn't ring-out which causes conflict in everyday life. The idea of being late for work or school can elevate stress levels, push you to rush while driving. You are focused on getting to a specific place and not on driving which leads to accidents. A character in that situation may react as follows.
Creating Character Conflicts

The role of conflict in fiction is to make the conflict more interesting than in real life. Sure, pluck some ideas from real life but stir-in chaos too for successful fiction. Let's take a look at my character Reeva. Reeva met Bill indirectly when the two stood in a grocery store line listening a customer's love-life. The characters weren't familiar with each other.
A Character's Ego

The idea of Reeva not turning around to remark about Bill's words or say anything was un-heard of to him. Everyone liked Bill who cheated and lied his way into lives. Besides, he wasn't above doing anything to get his way. In that moment, Bill decided to stalk Reeva.

The stalking of Reeva has Bill thinking that he has a relationship with her. He has gone beyond staring at her. He knows what time she gets up for work as well as when she returns home. Bill has gone into Reeva's apartment to touch her belongings.

Reeva has told family and friends about what has been happening. She was advised to change her door locks, move and/or call the police. She doubts the police will believe her, and she has no proof. Reeva isn't sleeping well. On this particular night, a noise pulls her to full consciousness.
The Noise

Bill had been sneaking into Reeva's apartment for about 2 months without being caught. He has watched her sleep, even stolen through her personal belongings. Still, the 30-year-old couldn't find the courage to address Reeva or introduce himself.
Reeva Goes to the Store

Reeva washes clothes in the apartment's laundry room. She dusts and cleans. She tires of sitting home and goes out to the store. Or, she just wants to get away from the apartment. She grabs her hand-bag and leaves. Bill has moved into the apartment under Reeva's, knows where she shops and follows her.


Bill shows-up at the last store Reeva visits. She recognizes him but isn't sure from where. Reeva backs up as though she's uncomfortable. She grabs her few bags with items and departs. She looked behind her several times.
Moved Furniture

A few days passed without major incident. Reeva took a nap to get up earlier than usual to bake cookies for the party at work. Bill walks in as she's in the kitchen. Reeva runs to her bedroom with Bill following. He reaches for her. She falls, lands on her shoes and wraps her fingers around a five-inch heel.

Reeva asks what he wants, why and how did he get into her apartment. Bill kicks her and she moans. She slowly raises the high heel shoe and stabs him in the eye. Bill pushes Reeva and she falls to the floor. He howlers as he snatches the shoe from his eye.
Conclusion

Bill is dazed, throwing words of ill-repute at Reeva. He searches for the door. Reeva heads for the bedroom to get her cell phone. She dials nine-one-one. She hears a big boom as she talking to the nine-one-one operator. She looks-up to see Bill charging at her.
The role of conflict in fiction requires a resolution too. It may not be a happy ending, but there must be a resolution. The resolution should come from the characters involved with he disagreement. In other words, it wouldn't be fair to readers or ring true if a neighbor just walking by ran into Reeva's apartment to save her. 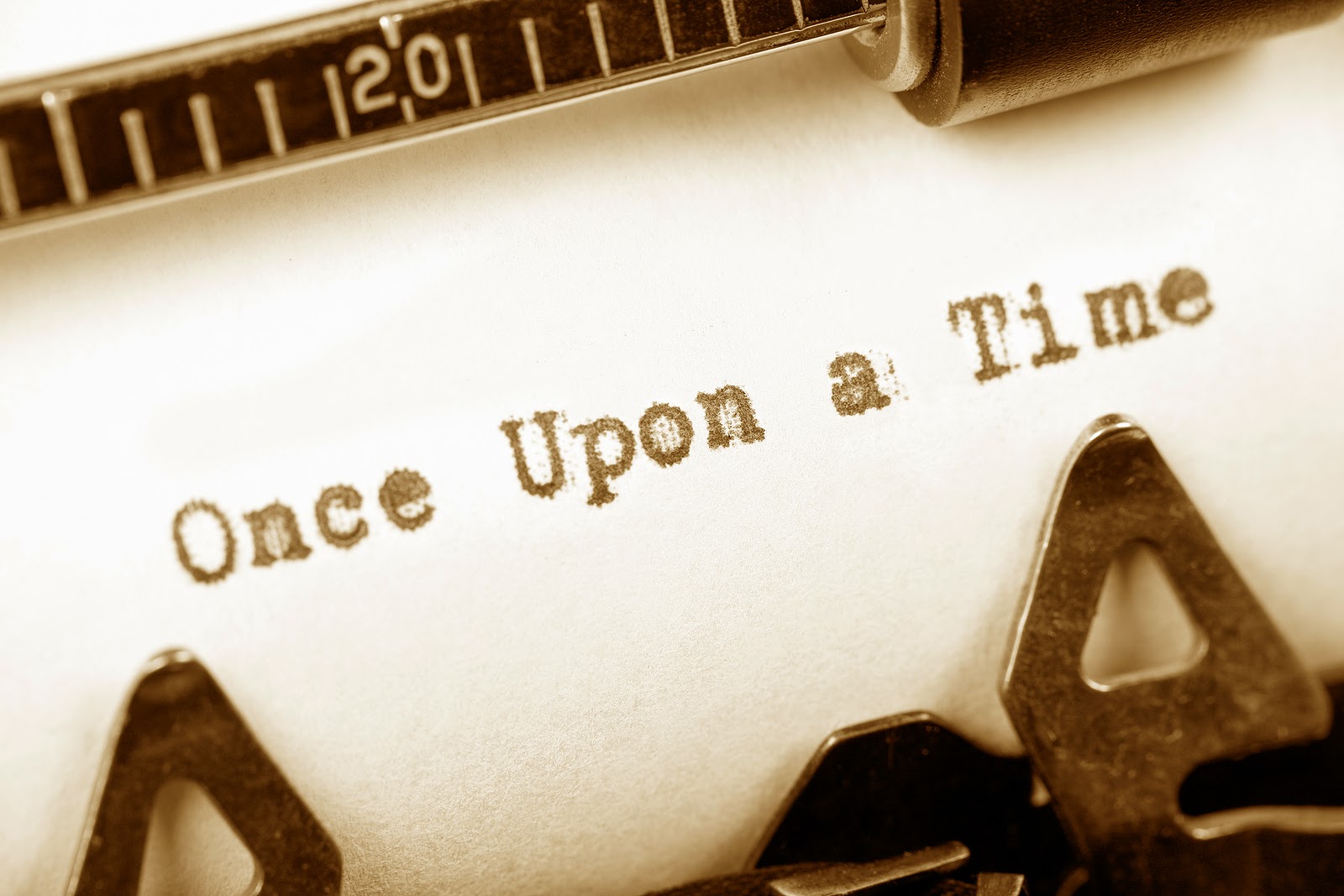 Look-over your character profiles. Is more needed to make a character well rounded? You have too much information which isn't show-casing the character. It's information that can be uttered by his/her actions or secondary characters?